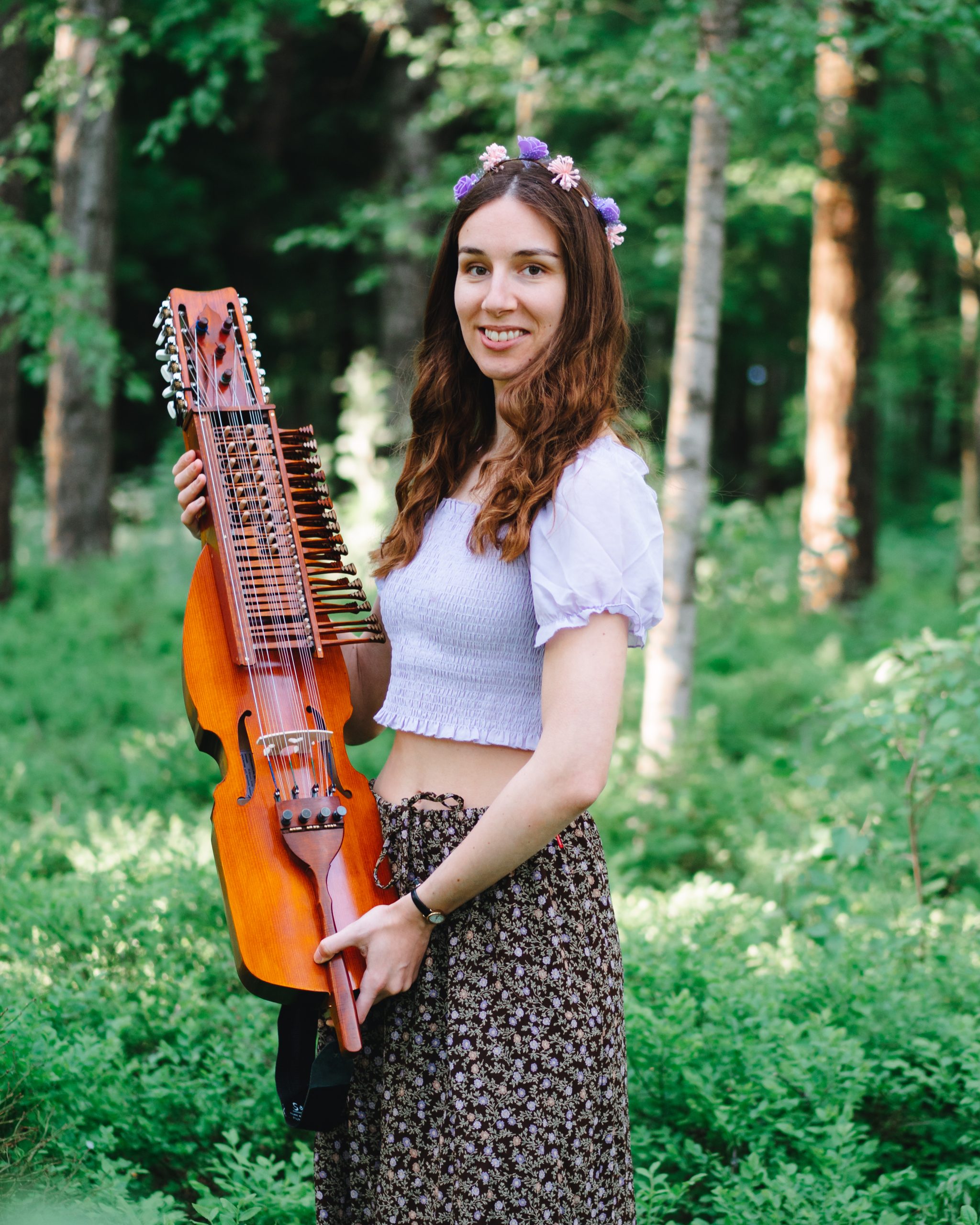 We are excited to announce “A Brief History of Finnish Folk Music & Folk Music Improvisation” by Alyssa Rodriguez on Tuesday, February 21, at 5:00pm in Memorial Library 126.

Rodriguez will present on her Fulbright research conducted in Finland 2021–2022 at the Sibelius Academy Folk Music Department in a lecture recital featuring live performance demonstrations on nyckelharpa, the Nordic keyed fiddle. She will discuss unique folk instruments, perception of folk music in Finland, and Finnish folk music styles from ancient times to present day, and how folk music improvisation keeps the tradition alive and evolving.

Raised next to a farm in the woods of Connecticut, Alyssa Rodriguez has always admired nature and its sounds and natural beauty. She earned her bachelor’s degree in music composition and violin from Ithaca College in central New York, where she began immersing herself in fiddle music and playing for dances. Alyssa studied Scandinavian fiddling with Fulbright alum Laurie Hart 2015–2021, and in 2021–2022, Alyssa received a prestigious Fulbright Fellowship to study and research Nordic folk music in Helsinki, Finland, at the internationally renowned Sibelius Academy music conservatory.

Alyssa is one of the few and finest players of the nyckelharpa, the keyed fiddle, in New York State and has studied nyckelharpa at the Master’s level at Sibelius Academy in Helsinki, Finland, where she won a Fulbright grant to research Nordic folk music and folk music improvisation. She has studied with several riksspellmän (master Swedish folk musicians), including Olov Johansson and Emilia Amper. Her music has been featured on WXXI and WRUR in Rochester, New York, and she has appeared in Nordstjernan magazine and Nyckelharpan in Sweden. She released an album of Finnish and original nyckelharpa music in December 2022 called “Postcards,” available on all streaming platforms. You can learn more on her website https://alyssafiddle.com/

The event is free and open to the public.